The proclamation, which was sent to Lifeguard EMS, was received in a ceremony from State Rep. Richard L. "Richie" Yow on Thursday, Aug. 11.

"Our communities are increasingly seeing calls for overdoses, so it’s not only important to know how to avoid them but also how to make the call for treatment when they occur,” said Keith Snipes, operations manager for Lifeguard EMS in Chesterfield. "We are proud to accept the proclamation from Governor McMaster recognizing August 31 as overdose awareness day."

Lifeguard EMS operates in multiple communities across the state, and overdose calls are becoming more frequent, particularly with fentanyl becoming more common and available. Recognizing the deadly impacts from fentanyl is important. Fentanyl is a synthetic opioid that is 50-100 times stronger than morphine, according to the U.S. Drug Enforcement Administration.

“We appreciate the partnerships in our community to help bring awareness to this serious issue,” said Snipes. “Overdoses have been increasing and this is an area where we can help and educate the public. In 2020, 1,734 South Carolinians died from a drug overdose, a number that has been increasing since 2014. Of those 1,734 deaths, 1,400 were related to opioids and 1,100 involved fentanyl.

Overdoses can occur with misused prescription drugs or street drugs. The South Carolina Department of Alcohol and Other Drug Abuse Services (DAODAS) website has more information on overdose awareness and related services. Some facts on opioids and prescription drugs from the DAODAS website justplainkillers.com: 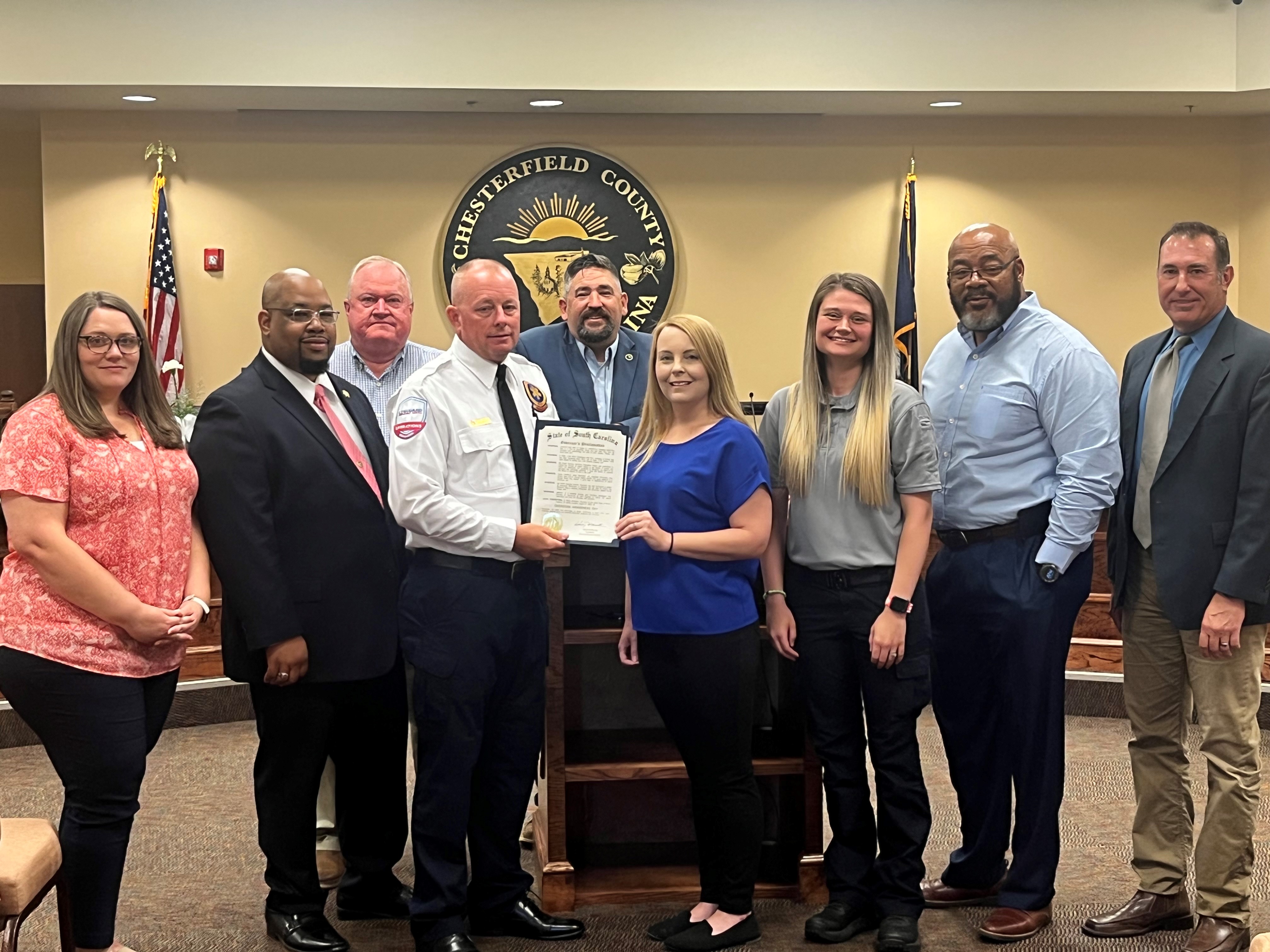